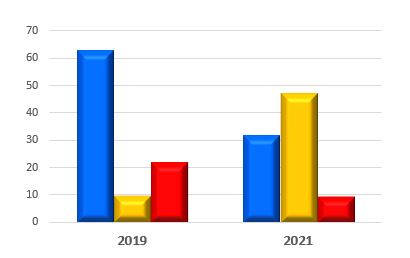 The North Shropshire by-election of 16 December 2021 saw a historically rock-solid Conservative majority overturned by a surge in votes for the Liberal Democrats. What does this tell us?

Most obviously, this result tells us that the Conservatives are extremely unpopular at present. The public’s patience in the face of the government’s response to Covid is beginning to turn to resentment at the corrupt awarding of contracts, the failure to stem the spread of infection, and above all the hypocrisy of Boris Johnson and his ministers. It’s easy to overplay this of course – the “swing” in the by-election is not an indication of the overall position of the parties in the country – if it were, the Conservatives would be genuinely a zombie-party. But it is reassuring that at last the national polls have turned against both Johnson personally and his Party nationally, putting Starmer and the Labour Party comfortably in the lead for the first time since the General Election.

Attempts to portray the collapse of the Labour vote in North Shropshire as a terrible defeat for Keir Starmer are ridiculous, duplicitous, and motivated solely by spite. The surge in Labour support nationwide makes those who try this attack look very silly indeed. Clearly, people voted primarily to defeat the Tories. By-elections are not general elections – the focus on one single constituency, and the lower turnout, and the fact that the voters know they are not voting to change the government, produce results which very often reflect a protest rather than a change of political heart.

It was clear from looking at the turnout and the number of votes cast for each party, that those who voted Liberal Democrat in this by-election must have included 2019 Lib Dem, Labour and Tory voters. The likelihood is that the number of 2019 Tory voters who stayed at home was a higher percentage than those of the other parties, but even so a large number of Tory voters must have switched their votes. It was precisely because Labour supporters did not expect lifelong Tory voters to switch to Labour that they – rightly – assumed that the Lib Dem candidate was the only one who could defeat the Tories. This would have been obvious to most Labour Party members as well as to Labour supporters in North Shropshire.

Looking across the country, though, there are far more seats where a modest extra level of tactical voting would deliver a Labour MP to defeat the Tories, than there are where the Lib Dems could win. As a mechanism to defeat the Conservatives at the next General Election and deliver a Labour-led government, it is clearly in Labour’s best interests to encourage tactical voting in every seat where the result is not a foregone conclusion. It has been fashionable for many in our Party to say that they are focused on what will enable us to win, and that there is no point in having policy positions if we will never have the power to implement them. Surely that should involve pressing for more tactical voting, not less, involving the obvious trade-off of Labour soft-pedalling in constituencies where we know we can’t win, in return for the same consideration from the Lib Dems. Nobody should dismiss Ben Wood’s determination to be the best possible Labour candidate, and he demonstrated that convincingly, but he cannot have been under any illusion that he could win.

North Shropshire shows that tactical voting can win Tory seats for the Lib Dems. It seems clear that a certain degree of tactical voting was also involved in Labour’s victory in Batley & Spen. In both those cases, both Labour and the Lib Dems put up candidates, and the overwhelming expectation is that they will both do the same in the next General Election. Whether or not there is any negotiation between the parties, we can and should try to focus our efforts on seats we can win. There are some Labour voters who would never ever vote Lib Dem, and there are many Lib Dem voters who would never ever vote Labour. So a deal to only stand either a Lib Dem candidate or a Labour candidate in certain constituencies could seriously backfire – certainly, the collapse of the Lib Dem vote between 2010 and 2015 did not appear to gift many constituencies to Labour. But tactical voting will always help, so long as the voters know which candidate can most easily defeat the Tory. Tactical voting is not symmetrical, of course. But whether or not tactical voting helps the Lib Dems more than it helps us, it clearly does help both – refusing a helpful mechanism on the grounds that you can’t abide seeing someone else benefit even more, is the definition of spite, and it will leave the country in the grip of the Tories.

One of the great benefits of Proportional Representation is that it renders tactical voting completely unnecessary. Not only would a proportional system give electoral value to every vote in the country, irrespective of constituency, but it would also give electoral value to every party in every part of the country (so long as that party had cleared any threshold conditions). Greens could vote green in what is currently the most marginal of Labour/Tory marginals in the knowledge that they would not be foisting an additional Tory MP onto the country, as the percentage of Tory MPs would match the percentage of Tory votes, and would not be altered by how non-Tory votes were distributed. Labour voters could vote Labour in North Shropshire, secure in the knowledge that they would be helping to elect a Labour government, even if they didn’t have a Labour MP for North Shropshire. Labour voters in Liverpool could go to the ballot box knowing that their vote would make a real difference, not just to whether their MP had 77% of the vote or 78%, but to who actually runs the country, which is after all the main reason people vote.

But until we do get a Labour-led government which is committed to PR for elections to the House of Commons and will drive it through, we have to beat the Tories under the current system, hampered by all the anti-democratic changes introduced by the present government. To do that, we will need a degree of tactical voting. People don’t like it, they would rather vote for the Party they believe in. But if we commit to PR in the next government, we will signal the importance of uniting around the need to defeat the Tories, and make it that much more palatable for Green and Lib Dem voters to lend us their votes wherever it really counts.

View all posts by Sandy Martin →