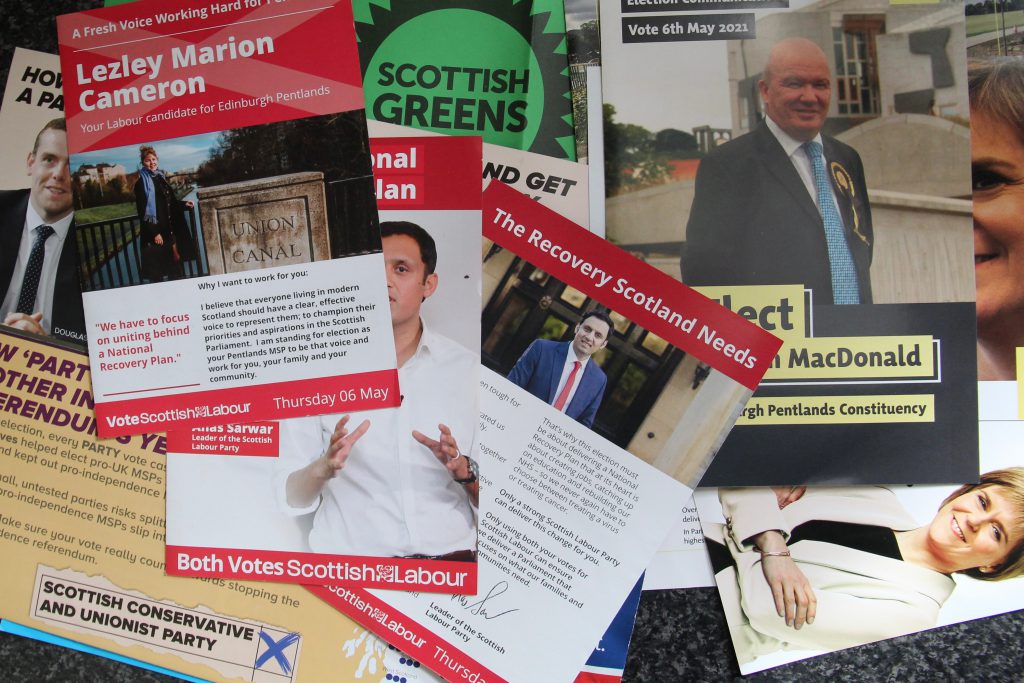 We have heard much about SNP squabbles and Salmond’s new Alba party. Party leaders debates have been held, the last one on Tuesday, see LCER’s Scottish Representative William Bain’s report of the first: http://progressonline.org.uk/anas-sarwar-hope-for-a-scottish-labour-recovery/.

In Scotland, Labour may be saved from almost extinction, which practically happened under first past the post in GE2015 and GE2019, by their Additional Member System to elect 129 MSPs.  The SNP needs half that number, 65, for a majority and more for a super majority.  It is to be seen how the Green Party committed to Independence and the splinter Salmond’s Alba will do on the list in competition with the Pro Union parties, Conservative, Labour and LibDems and whether there is any movement from the SNP one party state in the first past the post Constituency seats.

There will be no overnight counts in Scotland. Only 44 of the 73 constituency seats will be counted on Friday and many of the marginals are not due to be counted until Saturday, such as Tory-held Dumfriesshire, Aberdeenshire West, and Galloway & West Dumfries, Caithness, and Sutherland and Ross. So 29 constituencies on Saturday and only then will the list seats be counted and allocated. John Curtice (who kindly did many of the tables in the 1998 book, Making Votes Count) will be everywhere, https://www.bbc.co.uk/news/uk-scotland-scotland-politics-56969880.  This is the only election with UK wide constitutional significance.