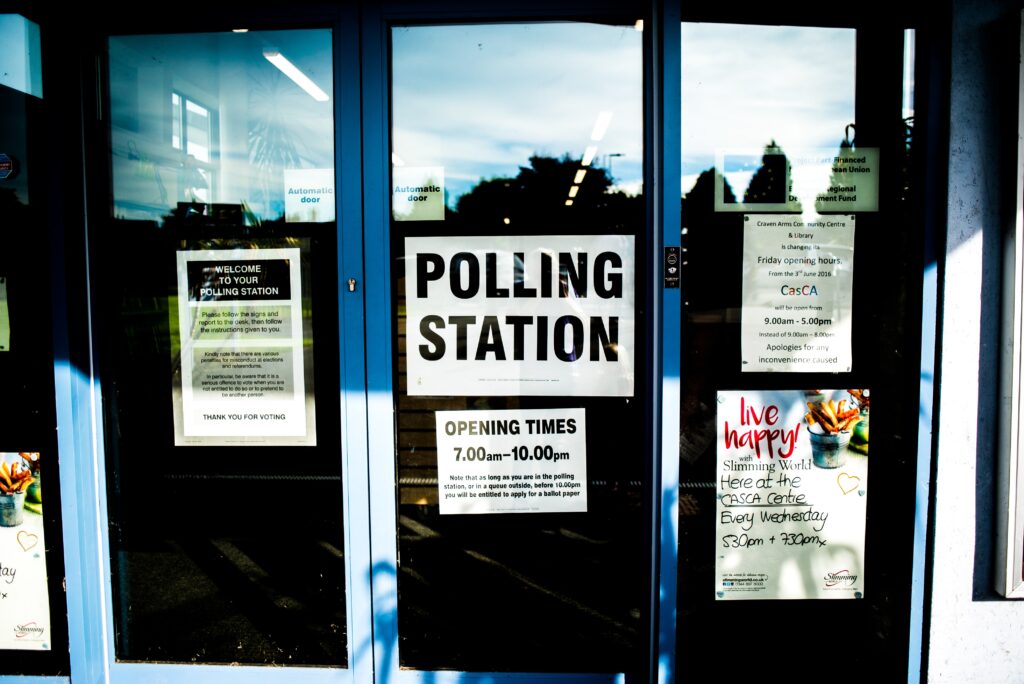 As the dust settles on December’s general election result, we look back at what went wrong and what we do going forward.

The election yet again showed how our voting system benefits the Conservatives, who now have a majority of 80 with a minority of public support: they won 56% of seats in Parliament on 43% of the vote. For the first time since 1959, First Past The Post (FPTP) has given Labour a lower share of seats in Westminster than its overall vote share: 32% of votes cast for the party translated into 31% of MPs. For the 60 years prior to 2019, the opposite was true, as FPTP overrepresented Labour in Parliament, with a disproportionately higher share of MPs than votes. In this context, the party’s reluctance to ditch the status quo can be understood, as it has benefited them, even if it has helped the Conservatives considerably more.

Labour’s “shopping list” manifesto of offers has been criticised by many, but the one thing we most wanted on our wish list wasn’t there. It’s Time For Change was the title of The Labour Party Manifesto 2019, but the section headlined Constitutional Issues on page 81 provided little evidence of this. Anyone interested in wider electoral reform would have welcomed pledges to end the hereditary principle in the House of Lords, and work towards abolishing the Lords altogether. There were promises to strengthen local democracy, and, it continued tantalisingly, “Our democratic revolution will also extend to elections.”

Read on, though, and your enthusiasm will quickly be dampened by the paragraph which follows. Firstly, a Labour government would repeal the Fixed-term Parliaments Act 2011. This will actually go ahead anyway, because it is a pledge shared by the Conservative manifesto. Whether it is a good thing for a Prime Minister to be able to call an election at his or her will has not been considered. The manifesto continued by stating, “we will maintain 650 constituencies”, which reads like an endorsement of the status quo. A Parliament with 650 constituencies would not be proportional, but this promise is really a rebuke to the Conservative plan to cut the number of seats to 600. Since the election, it has been rumoured that the government will not be proceeding with this, so there is more common ground with the Conservatives.

There were some key differences, however: reducing the voting age to 16 would be a welcome change, especially as this will soon be the case for devolved elections in Scotland and Wales. The pledge to give full voting rights for all UK citizens did not receive much attention, but would be a big change, potentially adding millions to the electoral register. EU citizens, who were only able to vote in local elections before Brexit, would have been entitled to vote at general elections under these plans. Of course, many currently eligible adults are not registered to vote, so introducing automatic voter registration would be an improvement on the current system, implemented under the Coalition. The Conservative proposals to introduce voter ID, which have been criticised by the Electoral Reform Society, would have been abandoned under Labour.

There was only a small glimmer of hope for those wanting a fairer voting system:

The renewal of our Parliament will be subject to recommendations made by a UK-wide Constitutional Convention, led by a citizens’ assembly. This Convention will answer crucial questions on how power is distributed in the UK today, how nations and regions can best relate to each other and how a Labour government can best put power in the hands of the people.

This is not a new pledge, and merely repeats the offer from the 2017 and 2015 manifestos, the latter under Ed Miliband’s leadership. The question of how a Labour government can best put power in the hands of the people has an obvious answer: ensuring everyone’s vote counts under a system of proportional representation.

Unfortunately, under FPTP, some of our key supporters in Parliament lost their marginal seats in December: Richard Burden in Birmingham Northfield; Emma Dent Coad, who lost Kensington by just 150 votes, and spoke at our conference fringe meeting; Helen Goodman in Bishop Auckland; one of our Vice-Chairs, Susan Elan Jones, in Clwyd South; Sandy Martin in Ipswich; and Dr Paul Williams in Stockton South. Sandy has just been elected to our new Executive Committee, so we hope that Parliament’s loss will be our gain. On the positive side, the new intake of Labour MPs includes electoral reformers such as Nadia Whittome (Nottingham East), Sam Tarry (Ilford South) and Fleur Anderson, who was responsible for the only Labour gain – appropriately enough, in Putney, a historic centre for democratic reform. We look forward to working with them.

In the midst of this gloom, some good news emerged after the election, when it emerged that 76% of Labour members support the party introducing PR. We have long suspected that the membership was in favour of PR, so this shows we have a solid foundation on which to make sure the next manifesto commits to real change. Keep a look out for news on how you can get involved. In the meantime, please join us. We welcome all Labour members and supporters, who are so vital to our work. You can also submit a motion from your CLP to Labour’s National Policy Forum. So far, 78 CLPs have passed motions calling on Labour to back PR. It’s very easy, and we will gladly provide a speaker to make the case for you.

Theo Morgan is a member of the Labour Campaign for Electoral Reform Executive Committee.

View all posts by Theo Morgan →